As I continued to read I expected there to be at least on segment that dragged on too long or got boring but to my surprise this never happens. The story always kept it concise and to the point, cutting out any parts that were unneeded or boring. This was an especially pleasant surpris 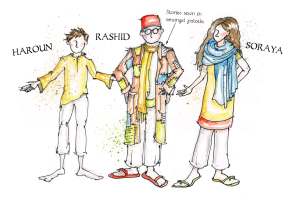 http://www.fantasyliterature.com/reviews/haroun-and-the-sea-of-stories/e considering school readings very often times are long and tedious tasks to read. I was also happy to see that some of my predictions came true. For example I expected Haroun’s conflicts in the “real world” to manifest in some way in the sea of stories. We saw this in the form of Khattam Shud’s shadow’s similarities with Mr. Sengupta. I also predicted that Ms.Blabbermouth would become some point of romantic interest when we found out she was a girl, but that one was a little obvious. On the other hand I was surprised that Khattam Shud’s non-shadow form was so easy to defeat. With really no effort from the pages he was felled. It was really all collateral damage from Haroun. I was confused when Haroun chose to decline entrance back to the sea of stories because he really lost nothing from having that option and although it was supposed to be a satisfying way of making a statement about how Haroun now felt 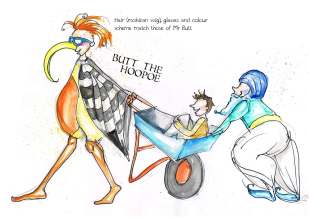 to me at the very least it felt kind of sad and unnecessary. One thing I’d be interested in  knowing more about is a backstory about the sea of stories, maybe even an origin story